A powerful and stealthy mod, with all the features you need as well as some you wouldn't expect. A large colour screen displays all your vital vaping information, easy to custom to just the way you like it. Featured on the screen is a puff counter as well as smart wattage suggestion. BP60 Pod Mod provides wonderfully rich flavour alongside dense vapour.

BP60 Pod Mod can be used as an auto draw device or button activated, the choice is yours. Dual independent switches prevent condensate and work efficiently, with fast auto draw response. A useful lanyard and dust protection cap makes the BP60 readily available when you are. A strong and secure magnet attaches the pod to the battery body, simply lift for refilling. A 1400 mAh internal battery provides all the power you need and is charged by a fast type C cable. Hi all, Josh here with another pod kit to review! This time we're looking at the latest from Aspire.. The BP60 Pod Kit. If you've read many reviews here at Royal Flush Vape, you'll know that we've covered a lot of pod kits, especially with the market being inundated with them recently.

Aspire definitely have a lot of serious competition within this area so let's see if they have what is takes or if the BP60 falls under par!... First impressions on the BP60 pod kit by Aspire was the noticeable chunkier size, especially when in comparison to pod kits such as the Smok OFRF which is only slightly less at 1200mAh and noticeably a lot less chunky or the Fetch Pro Pod kit that allows for removable 18650 batteries at a similar size. Although stating this, the BP60 isn't as weighty as it looks, measuring in at only 93g!

Although it's slightly larger in size, the build quality looks and feels fantastic on this latest edition from Aspire. The aluminium alloy shell is soft to the touch yet feels robust, although I didn't try it, it seems as though it could take a few drops or knocks here and there with no problems.

One thing which was nice to see was the inclusion of a USB C port which allows for charging to 0%-100% in around one hour. In addition, it's also nice to see a pod kit without over the top branding, with the silver "bp60" logo being placed at the bottom part of the front panel and the aspire logo to the rear.

The device follows suit with other pod kits on the market with not over complicating the controls with just three buttons on the front panel (fire and adjustment controls). The buttons are very satisfyingly clicky with little movement in them for rattling and feel as though they will last alongside the device. I do like the placement of the adjustable airflow on the side of the device, it's nice to have access to this without having to remove the pod. I first thought that the placement of this airflow would cause for it to be caught and change it unknowingly when in my pocket, however Aspire have made this airflow tight and durable to ensure it doesn't change unknowingly. I have to say that it did move a little bit on durability testing but nothing noticeable.

One thing I do really like about the Aspire BP60 is the 0.96" TFT colour screen on the front. You find what you'd expect on the screen including; Puff count, wattage, vape time, voltage and resistance alongside the mode you have the device set to in the top right of the screen. You can either set the mode yourself or let the device automatically detect the coil and recommended wattage for you. Although this is great for a pick up and vape, the automatic mode will cap the wattage to the maximum recommended, this is great for peace of mind knowing your device is safe, but if you do want a little more or to play around then you would be best in manual mode.

The Aspire BP60 pod kit has a rather simple navigation and button layout and something you are more than likely familiar with:

So know we know that although the BP60 from Aspire is slightly chunky built but with class and quality, the burning question as always is how does it vape?...

POD & How It Vapes

The pod on the BP60 is rather large, even for the 2ml TPD complaint one as in this review, but this fits in very well with the rest of the device and has an excellent build quality feel. Although it feels and looks great, one thing to note is Aspire have followed the recent trend of utilising a tinted pod which can make the e-liquid level hard to see at times. Although people may see this as a negative, it now seems to be the new norm these days and at some point soon it will be hard to mark devices down for this.

The pod itself is held into the device with four strong magnets covering all four corners of the housing, this is great design and I never experienced any rattling or movement and the pod stayed in place even when in my pocket or thrown about my desk! The pods fill port is rubber bung sealed and did not cause any leaking or spillages. One thing to note is that these types of seals can stretch over time casing leaking in the possible future, however Aspire seem to have created an oddly looking shape which stretched in the fill hole, hopefully this is the fix we've been looking for!

One thing the BP60 has that you don't see on many pod kits is the inclusion of a dust cap on the tip. Although this is a nice idea on paper, it's not very user friendly in reality. The cap is rather loose fitting and tends to come off when in your pocket, even though the kit comes with a string to attach the cap to the device, it unfortunately doesn't stop the cap coming off. Although this being unfortunate, a dust cap is not required to use the device and many companies don't even try and implement this in the first place. I can't really mark them down for trying to be innovative when most companies haven't tried in this area.

With the pod itself covered in detail, you're surely still wanting to know how it vapes? Well, the BP60 comes with 2 coils included; The 0.3ohm mesh coil alongside the 0.6ohm double-shot coil.

This coil comes with recommended usage between 30W-40W. With the automatic coil detection, the BP60 set this coil to 40W by default. Playing around with the device to start at a lower wattage of around 30W, the flavour was there but had definite signs it needed to be higher. All the way up to 40W the flavour from the Blue Burst by Riot Squad was decent for a Direct To Lung (DTL) vape.

It wasn't until pushing the boundaries around 50W that the flavour really came to life. With the airflow fully open there was excellent vapour flavour alongside a very decent cloud. Although this is 10W over the recommended so if you're not wanting to push your coil and want to get the most life out of it then I would recommend staying within the guidelines as at 40W you'll still get a decent all round vape with adequate vapour production!

This coil comes with recommended usage between 15W-25W. Just like with the 0.3ohm coil, the BP60 utilises it's coil detection and places this coil at 20W by default. Unlike that of the 0.3ohm coil, the automatic setting for the 0.6ohm seemed to be just about right! The flavour is decent and pleasant and really brings out the ice in the Blue Burst by Riot Squad but not as much as I was expecting.

In regards to Mouth To Lung (MTL) vaping, it is possible however requires the airflow to be turned down to a complete minimum which is surprising for a 0.6ohm coil. Just like most of the pod kits I've tested I don't think they have fully managed to make this a MTL designed pod system, obviously nowhere near the likes of the NFIX by Smok. Although stating this, the 0.6ohm coil is versatile providing enough flavour and vapour for both DTL or MTL. The Aspire BP60 pod is easy to refill however will require removing from device first; To refill:

Overall the Aspire BP60 pod kit is a decent all round pod kit. Although it may appear a little chunky on first impressions, the pod is lightweight and has a great durable feel throughout. Featuring an inbuilt 1200mAh battery with type-C charging is also a great addition and ensures Aspire are keeping up with the vast amount of competition in the pod kits genre. By having the choice of auto draw or manual, alongside great flavour production, the BP60 definitely deserves to be in the forefront of pod kits available on the market today.

Although this isn't a device that makes me jump at the chance of owning one, it definitely made me think about it, if I was new to pod kits, then I would most likely pick one up... will you? TL;DR: Slightly Bulky yet Well Built Pod Kit from Aspire. With Beautiful 0.96" Colour TFT Screen & 1200mAh Internal Battery, Alongside Adjustable Airflow and Auto Draw Capabilities. This Pod Kit May Be Less Appealing to Some, However It's a Great Contender to Other Pod Kits Available on the Market Today.

Next Working Day - Full tracking and one hour delivery window, notified by SMS and email.

Orders placed before 4:00pm Fri or 1:00pm Sat will be dispatched the same day.

Next Working Day - Collect from Over 6,500 locations. Full tracking and one hour delivery window, notified by SMS and email.

Delivery from 3 to 7 days -  We are an EU IOSS Member, we ship directly to your door and take care of any taxes or import duty, which means no customs delays or additional fees.

What a truly amazing piece of kit! I had been looking at several compact machines, but many of them had a duckbill style mouthpiece and I would have preferred a round one, however this one comfortable lays somewhere between the two and has an added bonus that it comes with a handy lid so it doesn't get filled with fluff and dust between uses.

I was a little unsure about ask the settings this one comes with, but with a very easy AUTO mode, it's just so simple, it works out all the settings for you every time you draw depending on the current conditions so you get a smooth draw, even drawing is simple with an AUTO DRAW function, all you have to do is pull on it.

Very simple to change pods as it is held in securely by strong magnets and the coil just pushes in. Filling is simple too, there's a rubber bung on the side of the pod with an ample opening to fit all the bottles I've tried so far.

Every other vape user I've shown my new machine to has been very impressed with it! It's not going to threaten any world records, but it does push the bar a little higher for what you'd expect from a great E-cig. 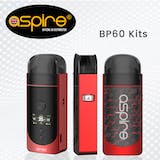